Silent Wings Studio is the professional solution for gliding and paragliding competition organizers who want live tracking and internet broadcasting of their event.

Silent Wings Studio is based on the next generation Silent Wings 2.0 engine, and track visualization from Silent Wings Viewer. Developed in cooperation with the FAI it contains a producer view where you can select the best shots and camera angles in a separate view before broadcasting it live. 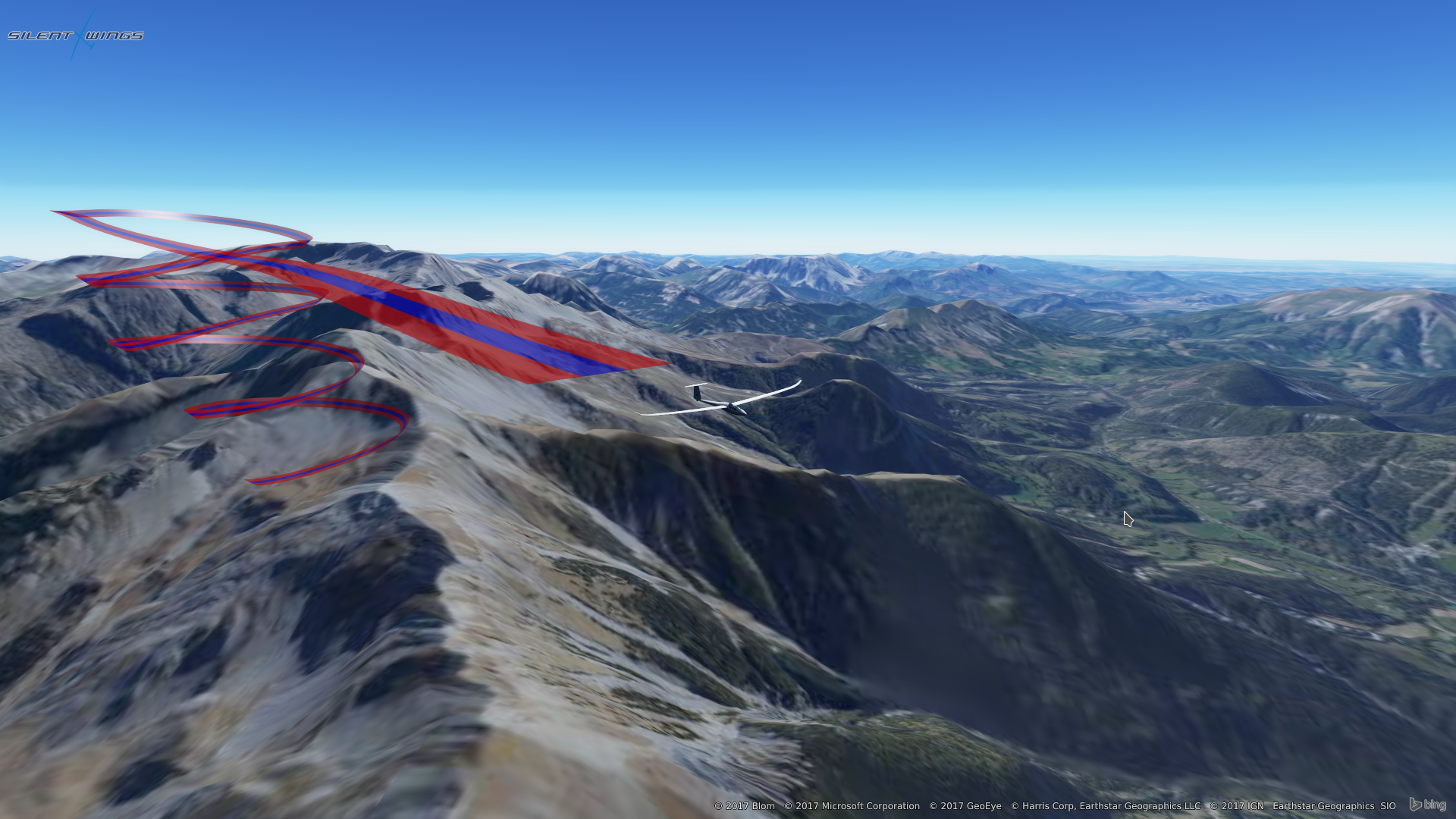 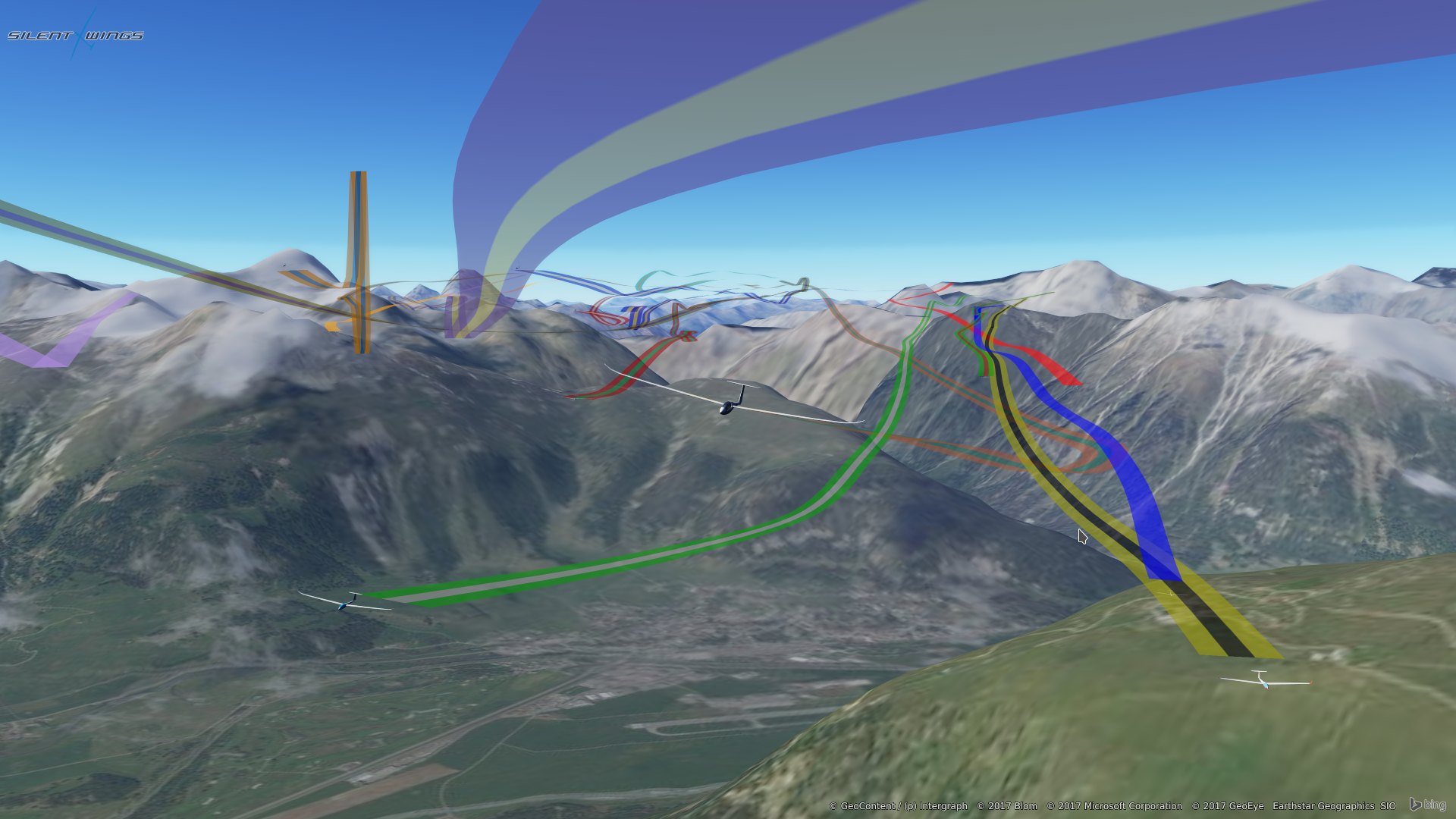 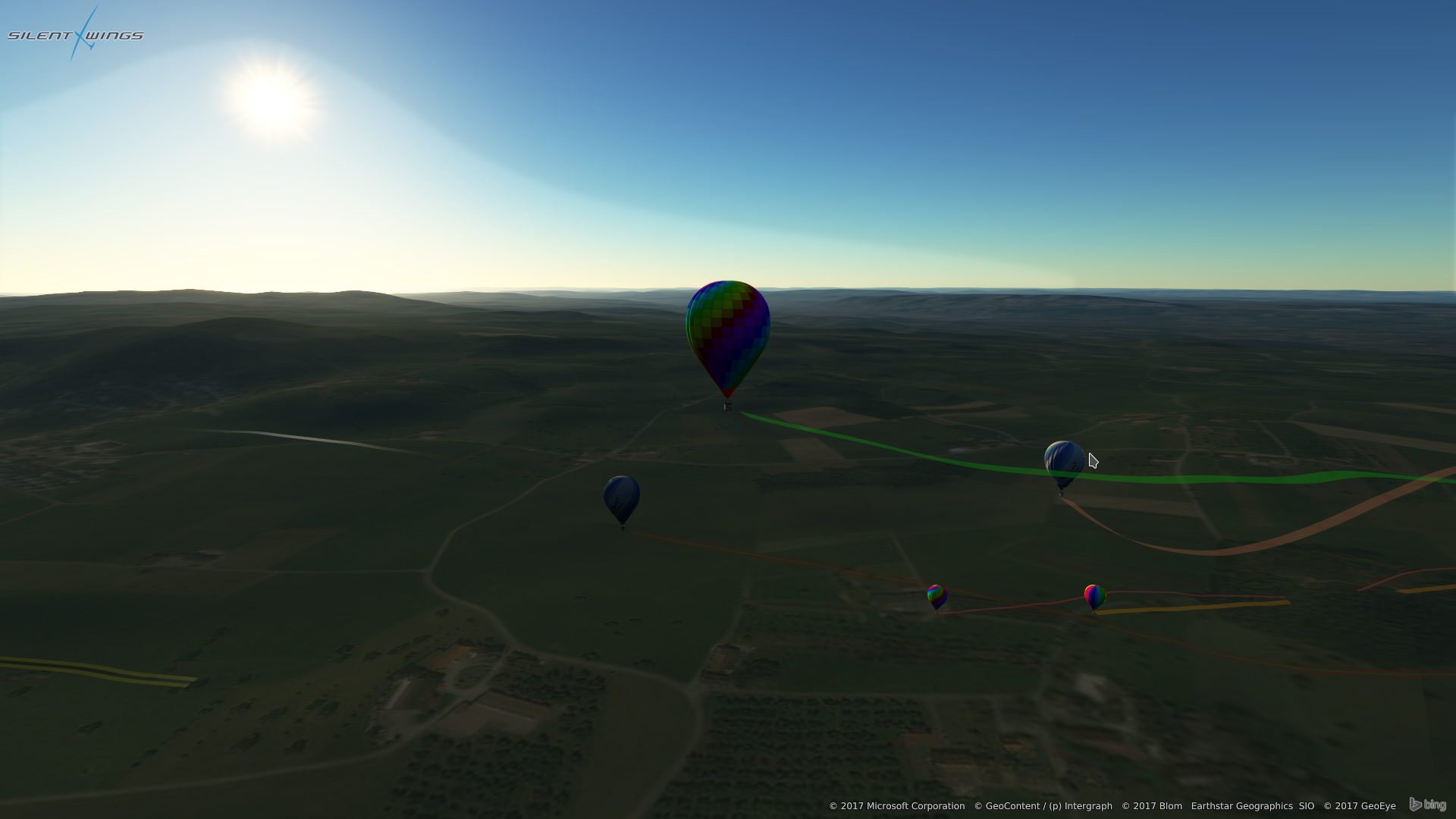 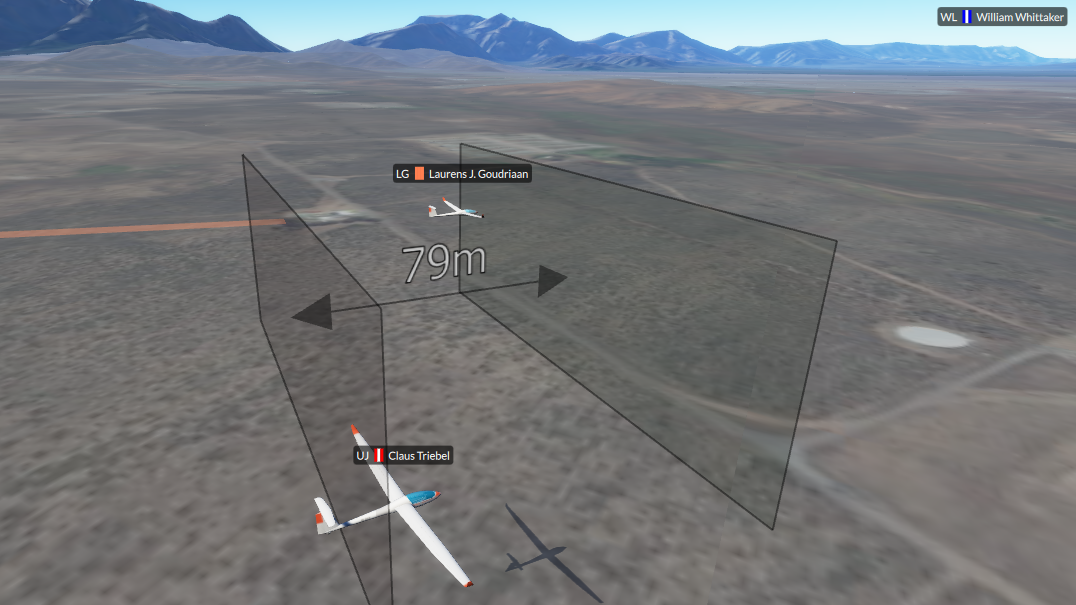 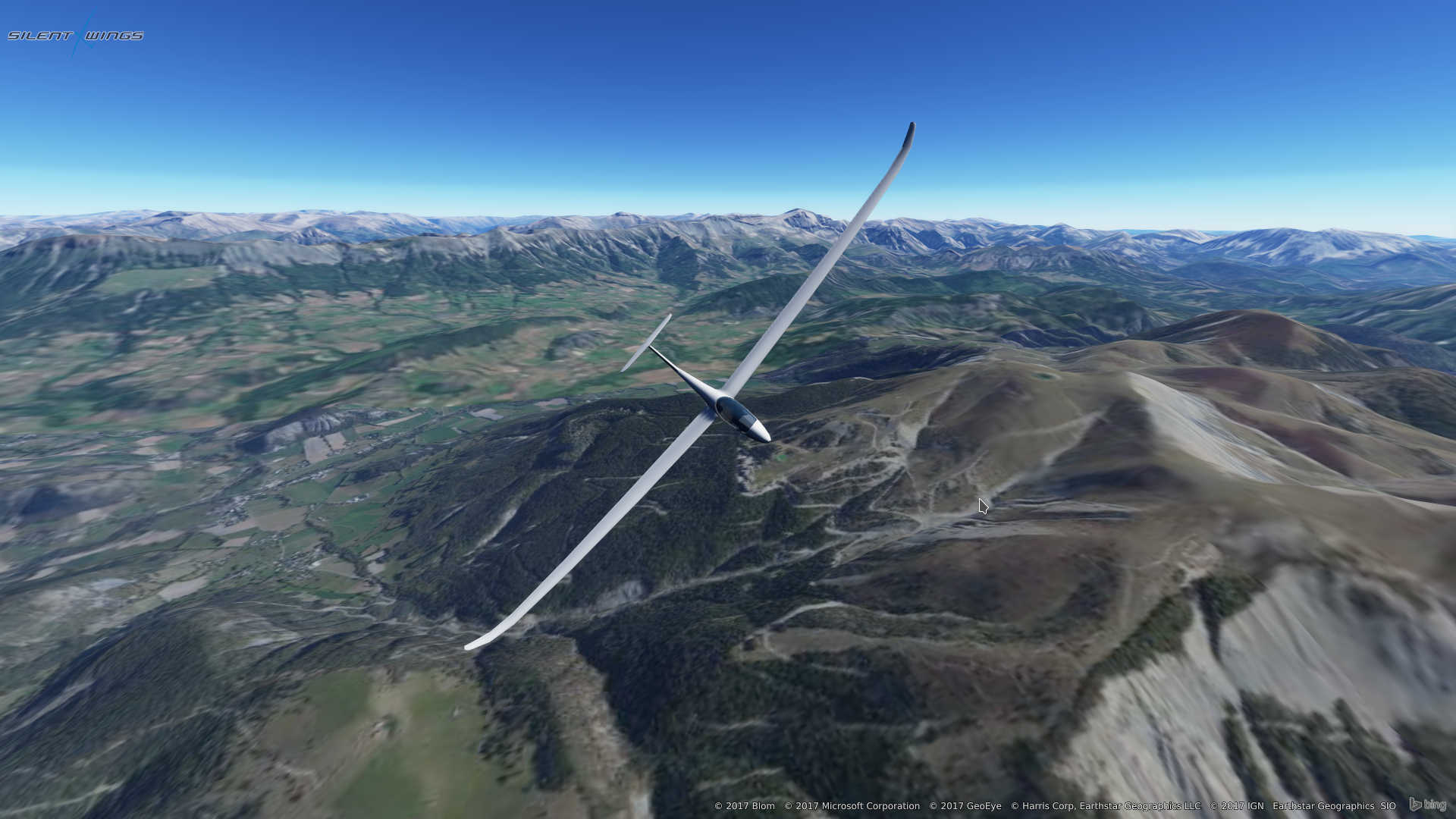 The race is presented with a selection of realistic 3D models which can be viewed both from the outside and the cockpit. A wide range of informational graphics can be added to the scene, such as track ribbons, labels task visualization and Head-to-Head distance between contestants. Overlays such as information on contestants with picture and nationalities as well as current statistics can also be shown.

The aircraft can be scored and sorted based on progress along the task, altitude, rate of climb, distance to TP etc making for easy presentation of the current standings in the race.

Sponsor logos can be applied to the 3D models of the aircraft, making it attractive for sponsors. 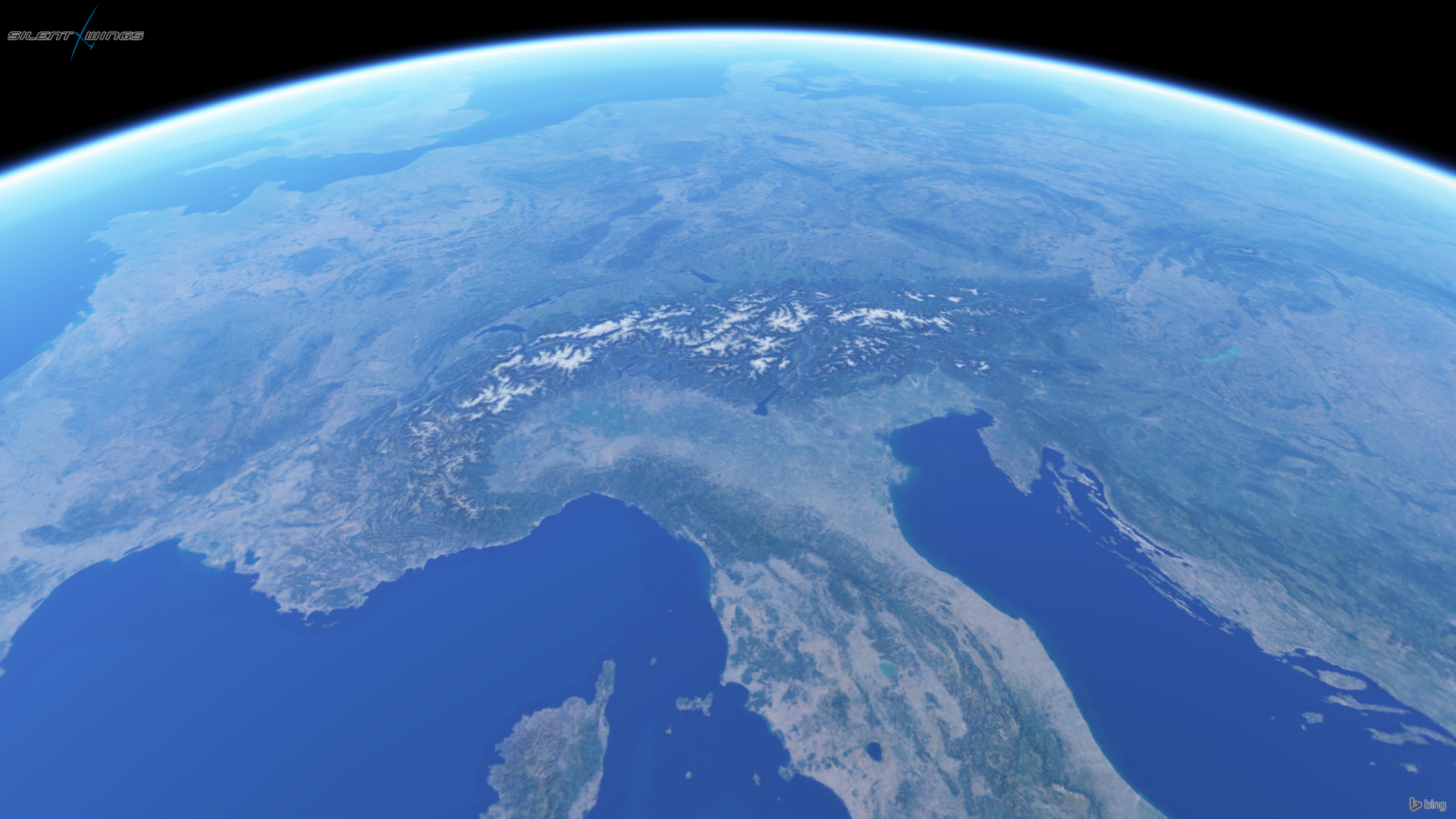 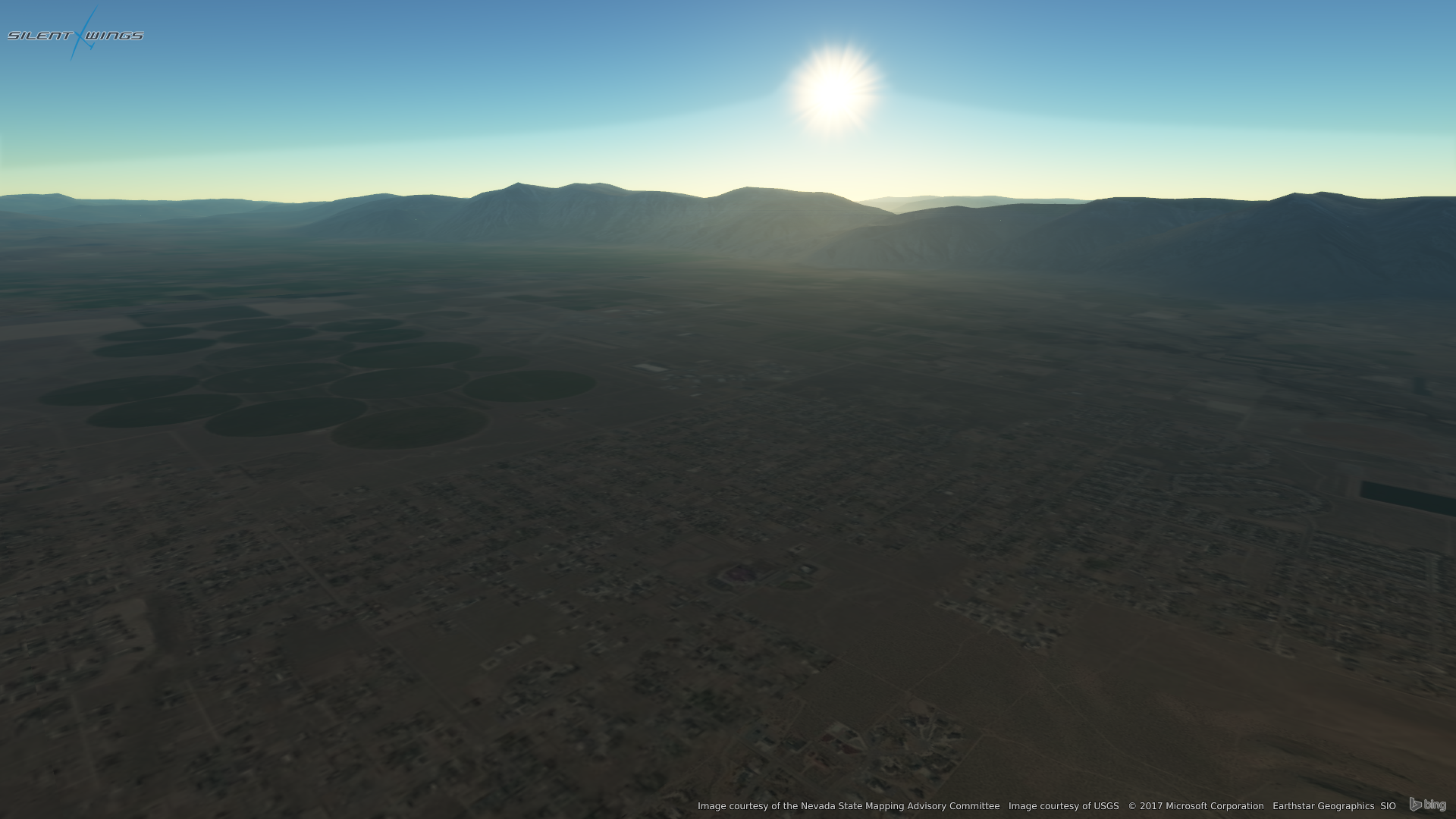 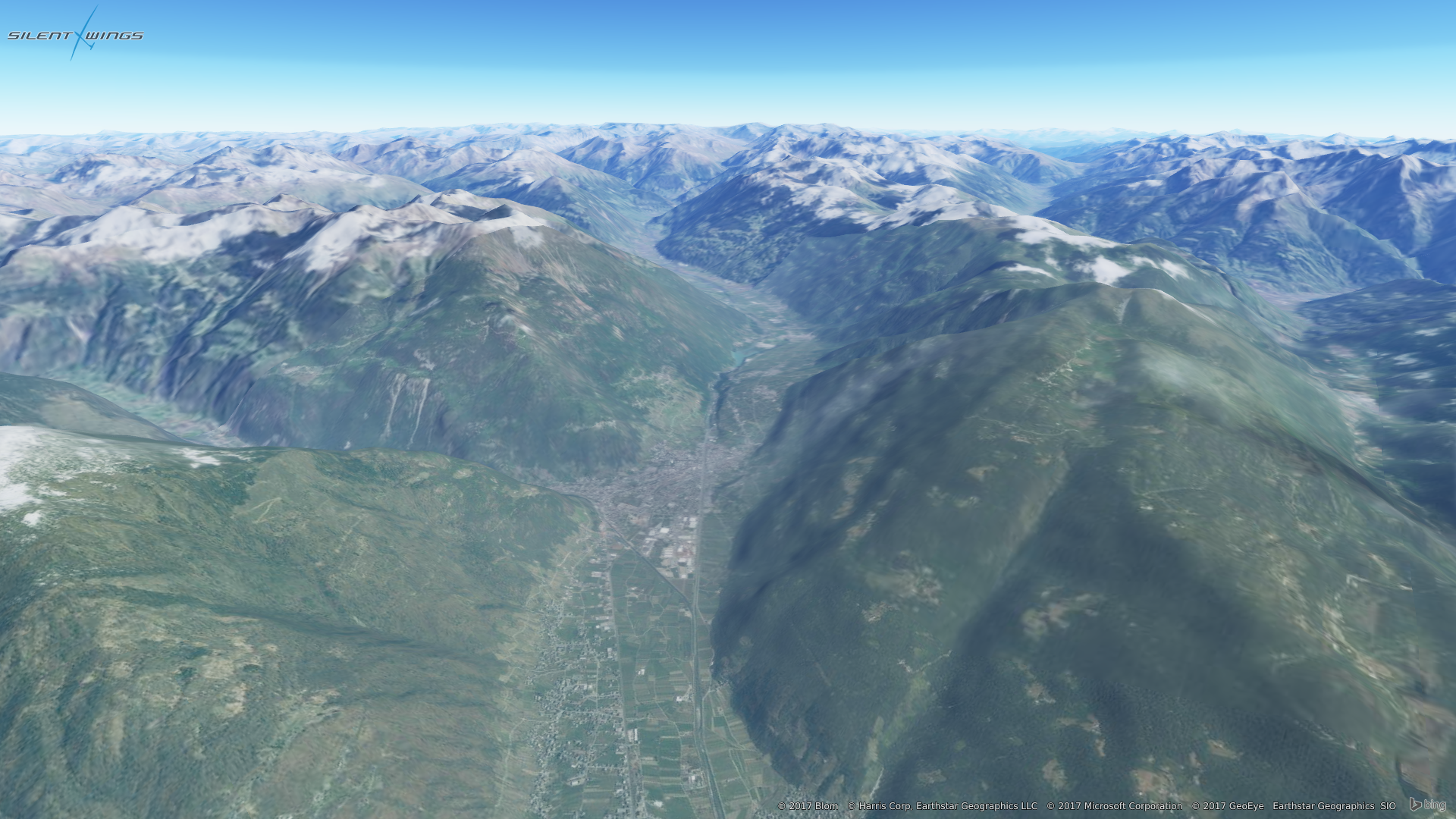 The 3D mapping engine is based on modern open standards for streaming geographical data over the internet and requires no preinstallation of scenery files. High resolution aerial photos and elevation models from Microsoft Bing Maps can be used over most of the world.

Silent Wings Studio uses a web standards based protocol for communicating the tracks of the aircraft to be visualized. This protocol has already been implemented by major live tracking providers, such as LiveTrack24 and the OGN open source community. 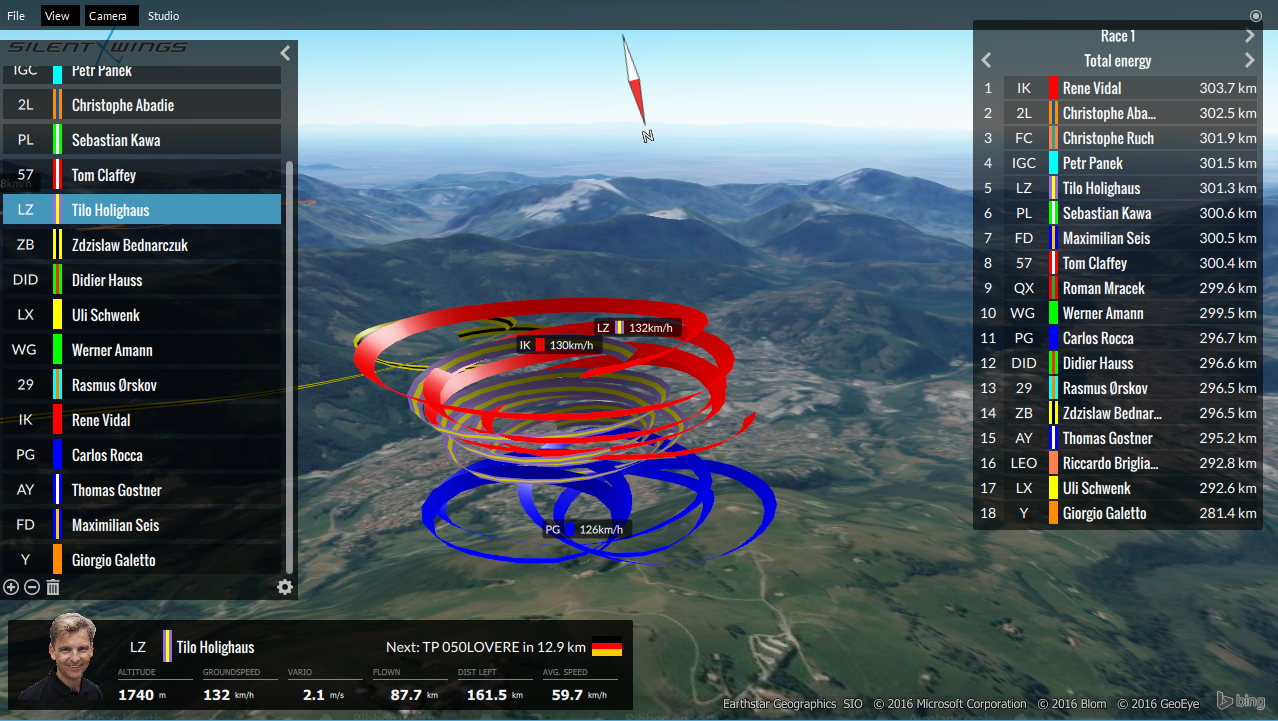 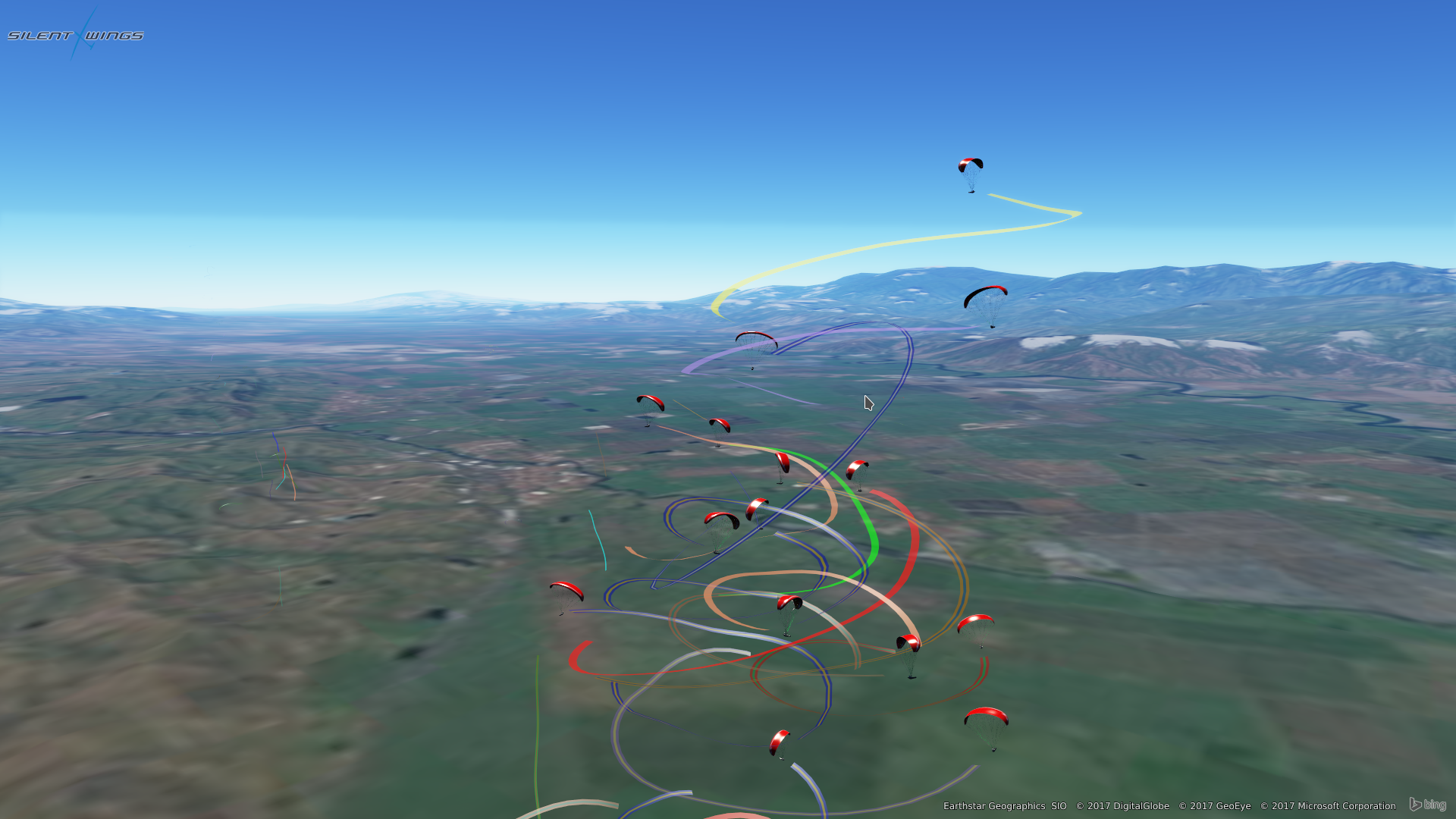 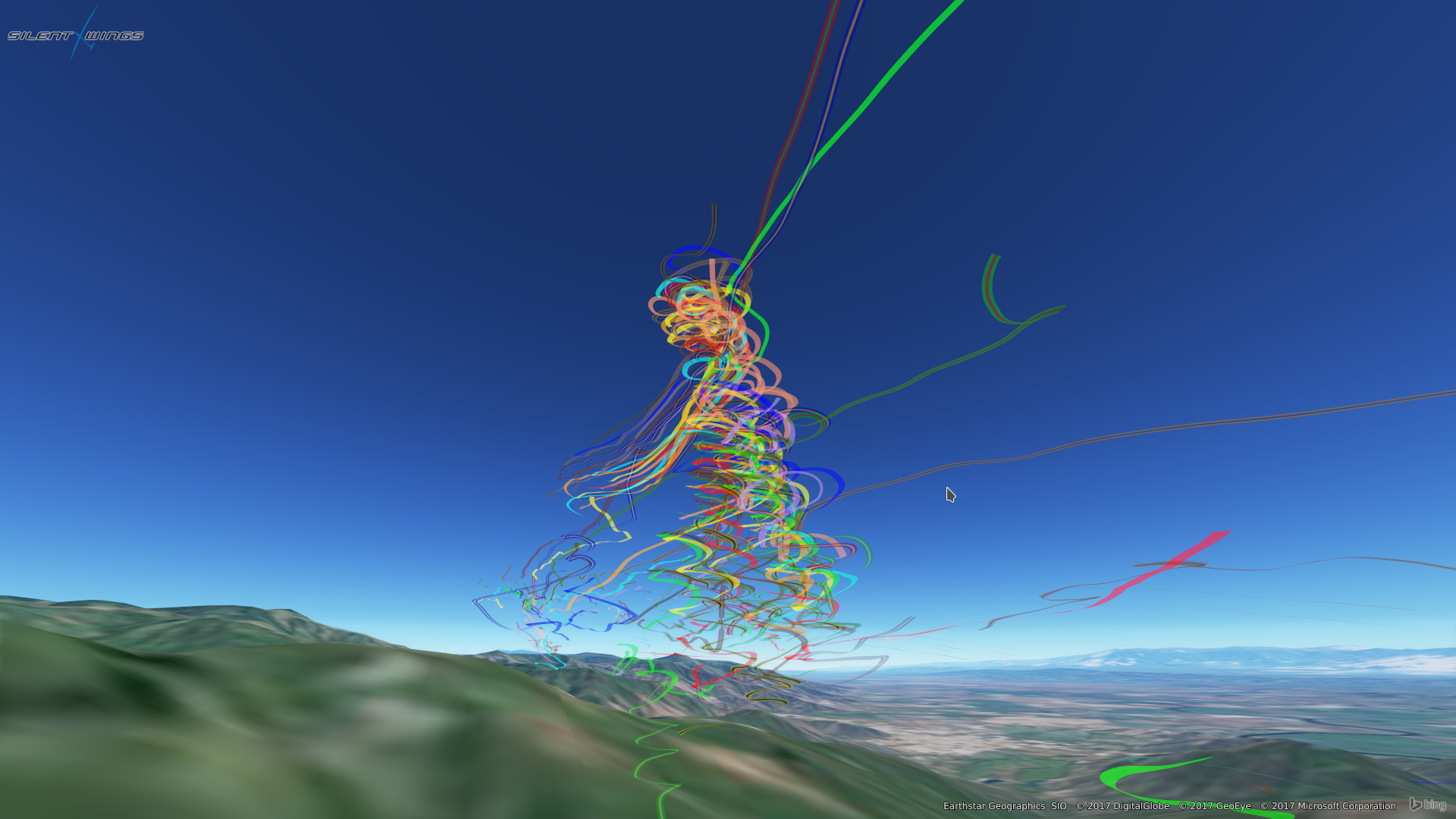 Silent Wings Studio is currently available upon request for competition organizers with per-event or yearly licensing options. Contact us on info@silentwings.no for pricing. 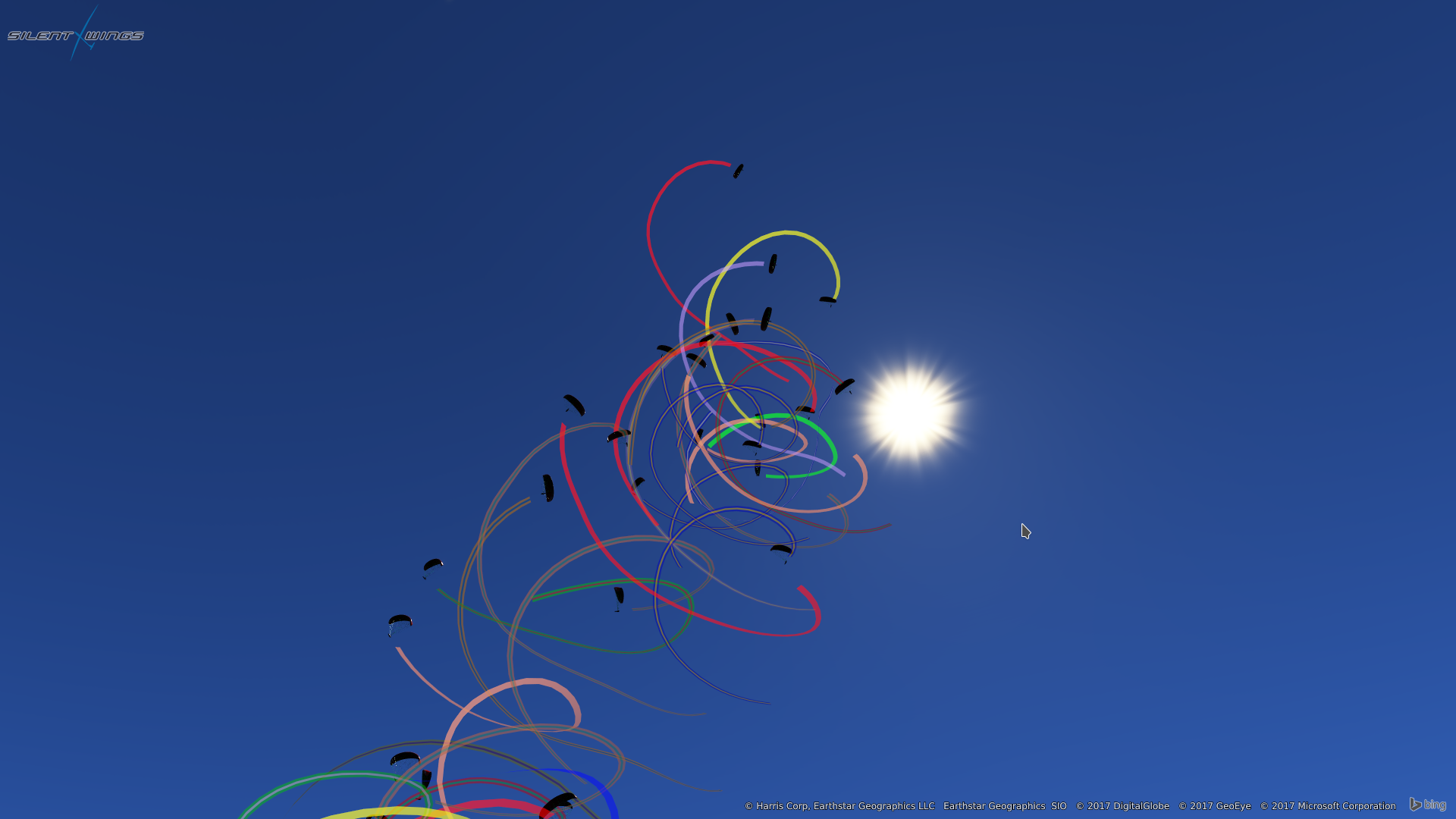 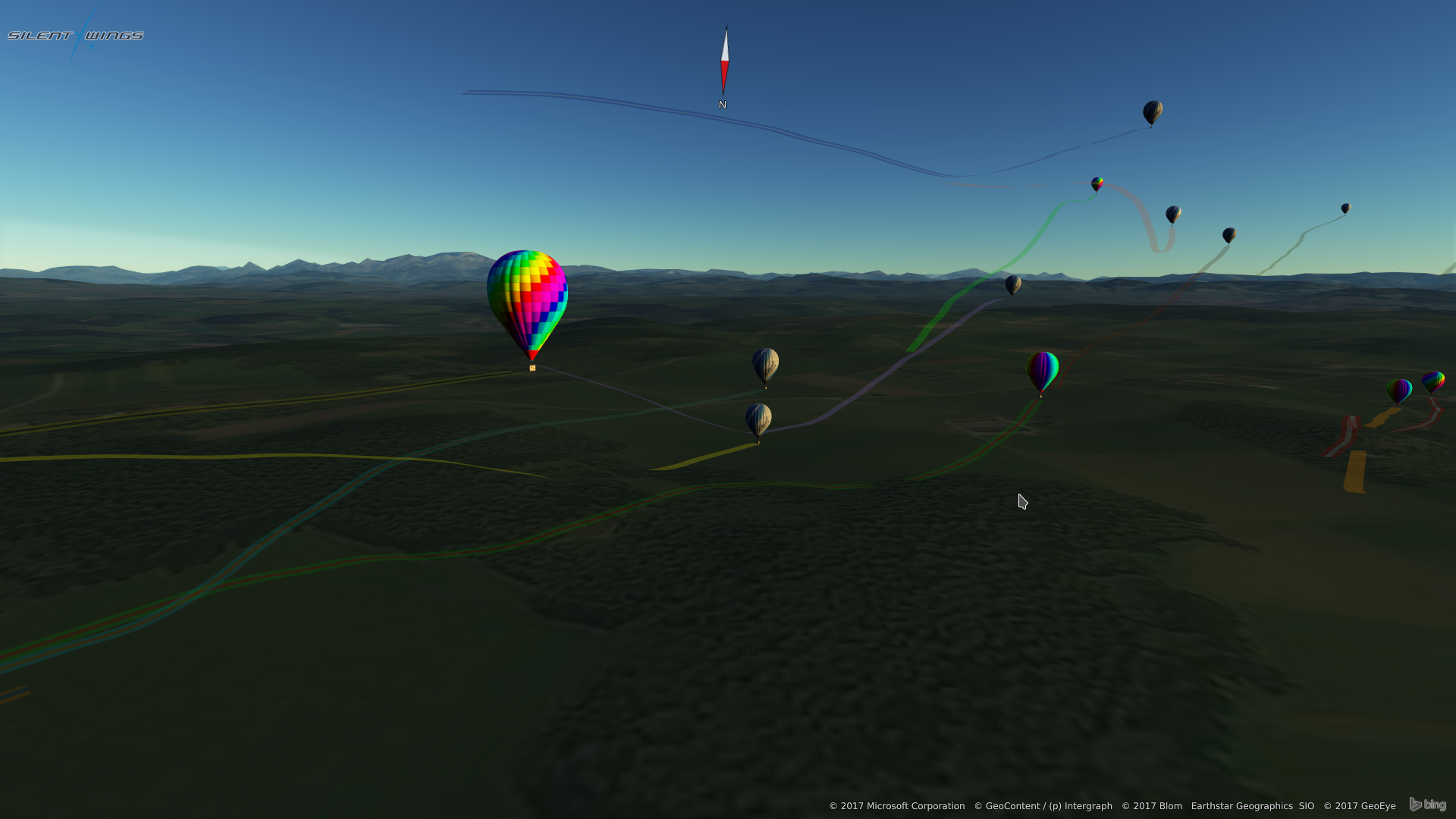 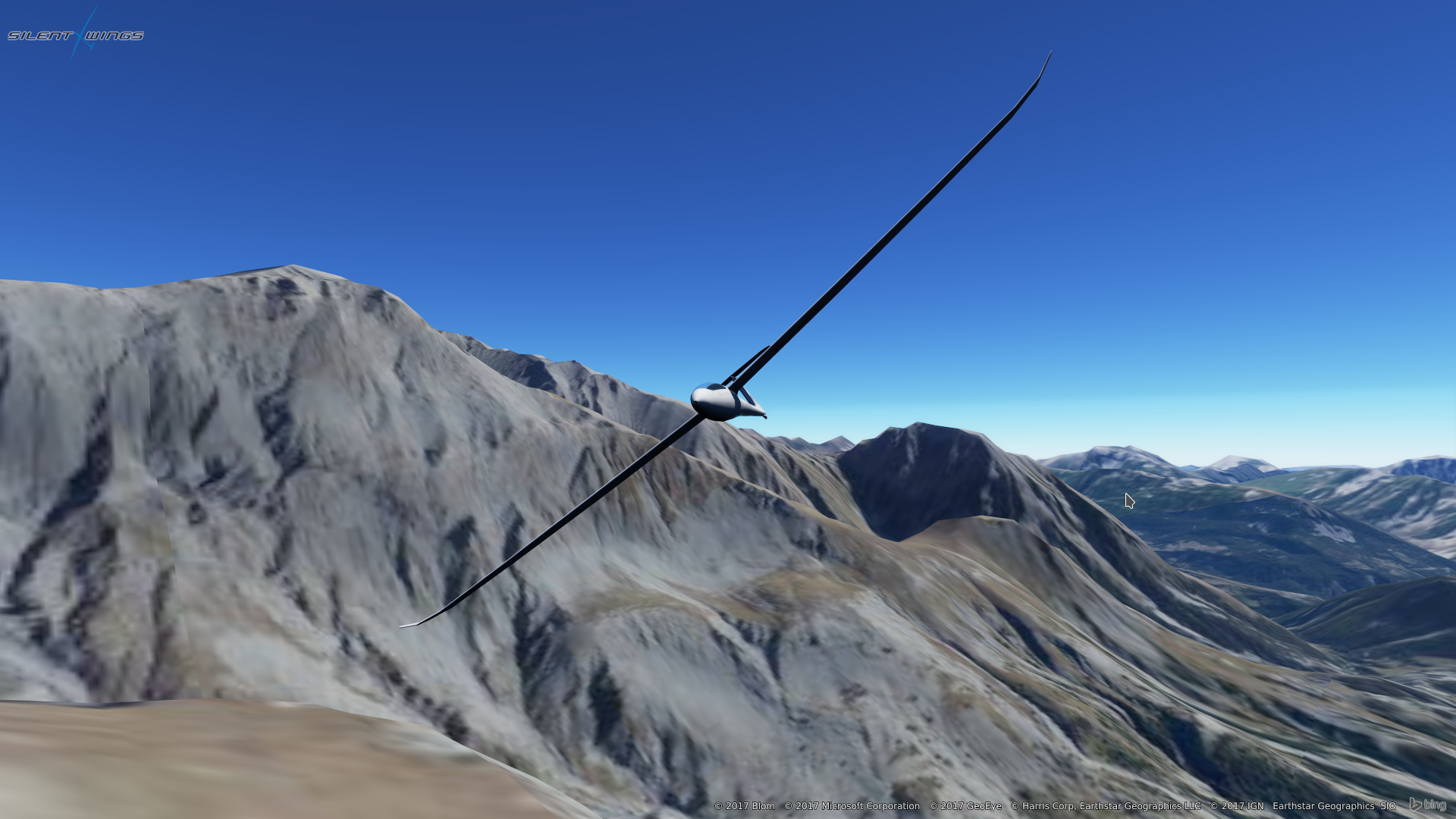 If you are a tracking provider and want to implement support for Silent Wings Viewer/Silent Wings Studio in your tracking solution, contact us to obtain a developer license.